Posted on June 14, 2012 by carolyncustisjames 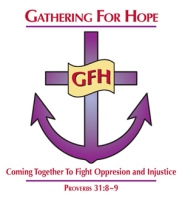 Reading a book like Half the Sky: Turning Oppression into Opportunity for Women Worldwide can cause a paralysis of horror to set in. That paralysis is understandable, given the unspeakable nature of the atrocities, the vast scope of the problem, the power of the perpetrators, the dangers, and the laughable thought that one person can do anything.

None of that has stopped two women in Massachusetts from trying. They’ve confronted—head-on—the question, “What can I do?” and are helping other women confront it too. Their boldness in turning horror into action is spreading.

In the winter of 2010, Brooke Fowler Sulahian of  Lexington, MA asked a small group of women to meet with her. That meeting marked the first time I met Brooke, who was trying to figure out what she could do and was feeling drawn to one of the problems she read about in Half the Sky, fistula—a devastating but highly (and inexpensively) treatable problem  that has turned millions of women and girls into outcasts.

That was the beginning of two organizations—Hope for our Sisters, Inc., which is in the battle against fistula, and the Gathering for Hope, that is mobilizing women in Massachusetts to wrestle with what they can do and to answer God’s call.

Then, in 2011, after attending Synergy2011—”The Rest of the Story: From Here to Eternity” (which Brooke also attended), Nancy Mering returned to the Massachusetts North Shore, read Half the Sky and Half the Church, and was ready to act. I put her in touch with Brooke, and a second Gathering for Hope was born.

What I love about these Gatherings is the fact that although the groups work closely with each other and each group is intent on informing and mobilizing women in their area, they aren’t locked into a certain way of doing things. The North Shore Gathering is focusing on group project, while women in Lexington are moving in a variety of directions while encouraging one another.

This week the Gatherings were written up in the Melrose Free Press online, “Local group empowers women to oppose global injustices,” and even though I’ve just arrived in France and am about to join Lifesprings friends for dinner, I couldn’t resist the opportunity to trumpet what my friends Brooke and Nancy are doing, not simply to encourage them in the excellent work they are doing, but in the hope that these gatherings will multiply.
You can find both women and both gatherings on FaceBook!

2 Responses to Women of Action!