Guys Who Get It

Posted on March 11, 2013 by carolyncustisjames 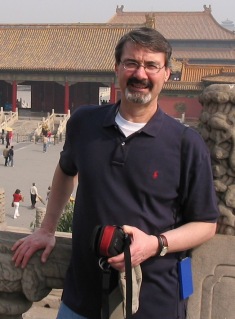 During an open forum session at the Synergy2009 conference, after I finished speaking on the Blessed Alliance, someone asked the question, “Can only egalitarians become a Blessed Alliance in ministry?”

Quick aside: Synergy attendees are a healthy mix of both Complementarians and Egalitarians. A lot of interesting friendships have developed. But that question took the oxygen out of the room.

So I responded to that question with another one. How many women here are involved in ministry because of a man who opened a door, mentored, and cheered you on?”

Nearly every woman in the room shot her hand up.

So when I read Marlo Thomas’ Women’s History Month tribute on Huffington Post—”Guys Who Get It: The Men of the Women’s Movement“—I thought it’s time we paid tribute to the men in our lives who get it. Men who believe in us, affirm our gifts, open doors for us, and back us all the way.

I can name several, but will start out with the man who has had the biggest influence in my life and heads my list—my scholar, country music loving, husband, Frank James.

It’s an understatement to say marriage to Frank has been quite an adventure. You’d think by now I’d be used to it, but I’m still reaching for the seat-belt. When we first married, I thought I knew how marriage was supposed to work. I had the recipe and was ready to embrace the traditional role that was mine as a wife. Was I in for a surprise!

Frank had a totally different vision of me and how we would work together.

He believed in me, took my gifts seriously, and wanted me to flourish. He never had the slightest expectation that I’d suspend them once we married. He wanted my support for God’s calling on his life, but also believed I had a calling of my own. I still find it hard to describe the impact on me or how my horizon suddenly widened when he said, “You need to find out what God wants you to do with your life, and I’m not the answer to that question.” I didn’t see that one coming.

Throughout our marriage he’s opened doors for me, challenged my self-doubt, and pushed me through the opening. On the other side of that door—whether in my unexpected detour from ministry into my own business in England as a software developer, owning my voice as an author, traveling unexpected distances, or overcoming my fear of public speaking—he has always been there for me to cheer me on and to join me in thinking through challenges, solving problems, and brainstorming ideas. As for me, I’ve enjoyed experiences—adventures and opportunities—I never could have imagined.

Who knew married life could be this fulfilling!?

On the flip side, I’ve discovered better ways to support him in his calling than I first envisioned—ways that have blended our lives together in deeper ways that I thought possible.

He often tells his students how in those first months of marriage I resisted typing his seminary papers. In my defense, I was only following what I believed was the sound premarital advice I’d received from a trusted older friend and pastor’s wife—who warned me that “of typing papers for a pastor or academic, there is no end, so don’t get started!”

If you know Frank, it won’t surprise you that he didn’t give up easily, and that was a good thing for us both. By typing his papers, I got into his head. I began to to interact with him about his work and was able to throw myself behind what God was calling him to do in ways I hadn’t anticipated.

So I pay tribute to Frank James—he gets it!  Sometimes I tell him, “You’re not the man of my dreams. I couldn’t have dreamed you up!”

I expect I’ll get more responses on FaceBook (as usual) than here, but what about you?  Who are the men in your life “who get it”? Regardless of what you’re doing with your life, what man has been your best advocate?

13 Responses to Guys Who Get It