Posted on April 23, 2015 by carolyncustisjames 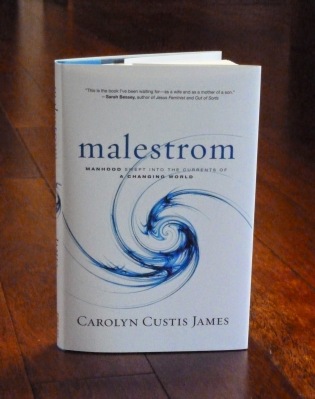 Trouble arrived in the mail today. And the truth is, I’ve been looking for it.

UPS dropped off the envelope containing the advance copy of my new book. Malestrom: Manhood Swept into the Currents of a Changing World is my sixth and possibly the most provocative book I’ve written. After five books that focus on women, this book pulled me out of my comfort zone to understand what is happening to men and boys globally. My study led me to examine patriarchy—a social system which many evangelicals have a vested interest in maintaining.

The timing couldn’t have been more apropos. Last night Frank and I watched the documentary on Nicholas Kristof and Sheryl WuDunn’s new book—A Path Appears—about domestic violence against women, appalling poverty, the sexual abuse of little girls, and the battle to educate girls.

At points it was unbearable to watch.

At every turn, patriarchy was the root cause of what was happening. It was a painful reminder of the importance of what I’ve been learning about men.

While it is widely recognized that patriarchy is demeaning of females in particular, the truth of the matter is, patriarchy is a devastating male issue as well. Men and boys are victims every bit as much as women.

I’m not the first to raise the alarm about patriarchy. But Malestrom raises the alarm about how patriarchy is not only bad for women, it’s bad for men and boys. This book takes the unusual approach to examine the pressures patriarchy brings to bear on men in which they lose their God-given identity and purpose.

I have no interest in stirring up controversy. But I cannot stand silent in the face of this egregious disparagement of men and denial of their true identity.

Ironically, writing about women was what convinced me to take up the subject of men and the manhood crisis. When the title of my latest book about women contained the word “half,” it was hard to escape the fact that I had more work to do. Until men are included in the gender conversation—not merely as interested observers, but as subjects who are facing a crisis of their own—any discussion about gender is woefully incomplete.

Once I started researching, it didn’t take me long to discover the malestrom and to realize men are in desperate trouble too.

“It isn’t overstating things to say there isn’t a man or boy alive who isn’t a target. The malestrom’s global currents can be violent and overt, but also come in subtle, even benign forms that catch men unawares. The malestrom is the particular ways in which the fall impacts the male of the human species—causing a man to lose himself, his identity and purpose as a man, and above all to lose sight of God’s original vision for his sons. The repercussions of such devastating personal losses are not merely disastrous for the men themselves, but catastrophic globally.”

Malestrom raises issues as serious as anything I’ve written about women. I am not exaggerating when I say it has me every bit as concerned about men and boys as I have ever been about women and girls. What’s at stake is far more serious than subjects that occupy the church such as who leads and who follows or which roles are for men and which are for women. Issues surrounding concepts of manhood and masculinity are driving the violence in today’s headlines—including wars, terrorism, brutal ISIS executions, the radicalization of young men, shootings on American streets—and the violence that takes place behind closed doors.

As I researched the various currents that converge to form the malestrom, it didn’t seem to matter which current I considered—the father wound, the rise of women, the marginalization of men, gender role reversals—every current ultimately led to patriarchy. It’s not a subject I could afford to ignore. The stakes are simply too high for both men and women. So Malestrom puts patriarchy on the table for an honest, healthy discussion. My hope is for a civil discourse on this most significant issue.

The conversation that Malestrom invites couldn’t be more timely, more urgent for both men and women, and (I hasten to add) more hopeful too for it centers on the imago dei and gets to the heart of Jesus’ gospel.

I’ll be writing more about Malestrom in the weeks ahead.

Copies will be available at the 2015 Missio Alliance Conference, May 7-9, in Alexandria, Virginia. (It’s not too late to register.) Books will be on the shelves in stores and shipping from Amazon on June 2.

I am grateful for those who have read and endorsed this new book. Here are what some of them are saying:

“This is the book I’ve been waiting for—as a wife, as a mother of a son, as a woman committed to the blessed alliance God intended between men and women. This book will be healing and restorative for so many. It’s a beautiful invitation to manhood in the Kingdom of God.”

—Sarah Bessey, author of Jesus Feminist and Out of Sorts

“God’s intention for the appropriate flourishing of human life has been severely thwarted by culturally captive expressions of masculinity that have oppressed both women and men. Malestrom offers us a reminder from Scripture that God’s intention for men was not for a dysfunctional masculinity that devastates the image of God within us. Thank you, Carolyn Custis James, for your historical and theological insights that will reshape how I live out my faith in the world. Thank you for a book that benefits both my son and my daughter.”

—Soong-Chan Rah,
Milton B. Engebretson Professor of Church Growth and Evangelism, Northwestern Seminary and
author of Prophetic Lament: A Call for Justice in Troubled Times 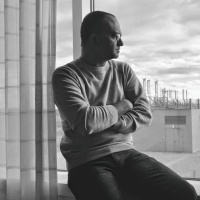 “Men have indeed lost sight of who God created them to be as human beings and as men! The signs of this reality are visible all around us. From bloody violence on an international scale to the abuse of the most vulnerable little child in the privacy of a home, from ‘fatherless’ children to abusive marriages, there just seems to be no end. Malestrom does a masterful job of first articulating the catastrophic mess we are in, and then walks the reader through a journey unfolding God’s divine vision and plan for man through an engaging study of the men of the Scriptures. I simply could not put this book down. Does it offer a final and definitive solution to the problem that began in Genesis 3? Perhaps not. Has it begun a conversation in my mind? You bet! And this conversation is long overdue within the global church today. A timely, well-articulated, and thought-provoking book! 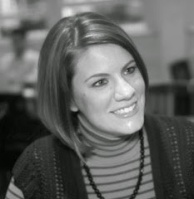 “Women aren’t the only ones bombarded with conflicting and harmful messages about their identities. More than ever men face an onslaught of expectations, both from the culture and the church, about what it means to be a ‘real man.’ Through this treacherous landscape, Carolyn Custis James proves a trustworthy guide. With her characteristic warmth and wisdom, she examines manhood through the lens of Jesus Christ and offers a better way forward for men, a way characterized by partnership, joy, and humility. There are few writers who bring as much clarity and conviction to their work as Carolyn Custis James. This book is biblically faithful, immensely timely, and delightfully readable. Every last page is charged with healing power.”

—Rachel Held Evans, author of
A Year of Biblical Womanhood
and Searching for Sunday

“Malestrom takes a close and provocative look at the dangers of patriarchy by taking a close look at what Scripture says about it. This book will lead you to ponder the type of person God asks all of us—male and female—to be. It is a good question to meditate on.”

7 Responses to The Manhood Crisis