Posted on October 20, 2010 by carolyncustisjames 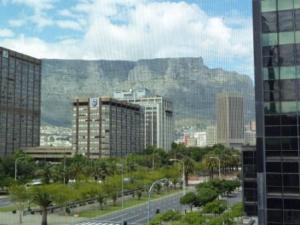 I promise I’m not biased, but I must say the women speakers at Lausanne have been unforgettable. They have delivered some of the most powerful moments of the Congress so far.

First the 18-year-old Korean girl spoke. People are still talking about her.

Then today we heard a powerful message from Libby Little whose husband was murdered doing medical relief work. It was a feat of courage simply for her to get up in front of this audience when her grief is so fresh and raw.

She was amazingly composed (although we weren’t) and showed true strength as she told of his communication with her, his final mission, of the desperate need for medical help and the people saying, “No one else comes to help us.”

It was the second time the Lausanne delegates spontaneously rose to their feet in an endless thunderous response.

Demonstration of the powerful potential of believers’ deeds of grace and mercy (that backed up her story) came through a long conversation I won’t soon forget with a young man from Nepal. He told me the story of his conversion from Hinduism to Christianity–a costly decision for him. What turned the tide for him was experiencing grace from believers who welcome him when, out of curiosity he visited their church as a university student and when men (!) from the church cared for him (even washed his clothes) and nursed him back to health when he was nearly delirious with a 106 fever and all alone in the city.

His heart for the women students at the Bible college where he is principal was a big encouragement to me. I feel privileged to have heard his story.

Thought you might like to see some of the technology at the conference. Lausanne has broken records in South Africa for the volume of Internet activity and thrown my friend Amy Donovan into serious ezer-warrior mode to get things up and running. I don’t know all the details, I only know she has done a super job in a difficult situation and with very little sleep. Simultaneous translators (like the United Nations) are at work during a session on Islam. 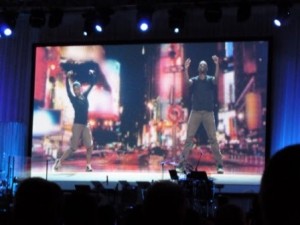 Tim Keller wrapped up with a sermon on the rapid migration of people into the city.I was so busy taking notes I didn’t get a picture, but I did get a photo of the dancers that introduced his segment. They started in a garden and ended up in the city.

Latin America provided the evening finale with a song of hope that had the whole place jumping(except for rhythm-challenged people like me who don’t know how). 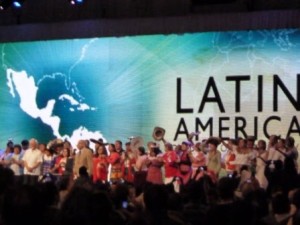 Tomorrow, we get a day off . . . sort of. Several members of the Reconciliation group have an outing planned related to our topic. More on that tomorrow!

1 Response to Images from Lausanne