Posted on April 2, 2011 by carolyncustisjames 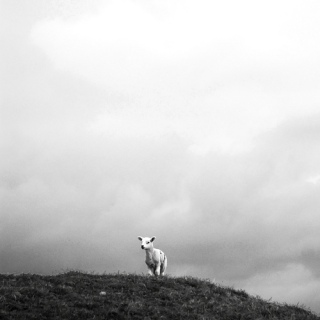 As little kids, most of us experienced at least once that horrible panicky feeling of being lost in the grocery store and the huge sense of relief that sweeps over you when mom or dad shows up to claim their missing child. When I recall my childhood, I associate that feeling with Sunday after church. As a P.K., I was often the last child to get picked up from the nursery.

Last October, when I was in Cape Town for Lausanne 2010, that panicky feeling returned. I was on a long-awaited field trip with the Reconciliation as the Mission of God group on the one free afternoon during the conference. I’d been looking forward to it all week long. But at the very first stop, I got separated from my group. By the time I realized my mistake, the whole group had moved on without me. I dashed out of the museum door to the street and looked in every direction. They were nowhere in sight. No one saw them leave or knew which way they had gone. I had a suspenseful several minutes until, to my great relief, I saw the leader of our group, Chris Rice, heading my way.

In today’s Lenten reading, Jesus asks the disproving Pharisees and ultimately every one of us to move beyond merely contemplating lost sheep to contemplate the heart of the shepherd.

All the tax collectors and sinners were gathering around Jesus to listen to him. The Pharisees and legal experts were grumbling, saying, “This man welcomes sinners and eats with them.”

Jesus told them this parable: “Suppose someone among you had a hundred sheep and lost one of them. Wouldn’t he leave the other ninety-nine in the pasture and search for the lost one until he finds it? And when he finds it, he is thrilled and places it on his shoulders. When he arrives home, he calls together his friends and neighbors, saying to them, ‘Celebrate with me because I’ve found my lost sheep.’ In the same way, I tell you, there will be more joy in heaven over one sinner who changes both heart and life than over ninety-nine righteous people who have no need to change their hearts and lives.

The Pharisees were revolted by the company Jesus was keeping. Their attitudes mirror a young man in Khaleo Hosseini’s A Thousand Splendid Suns who “spoke quickly and with emphatic, arrogant confidence . . . the sort of quarrelsome young man who relished his authority, who saw offenses everywhere, thought it his birthright to pass judgment.”

In jarring contrast, Jesus doesn’t show the slightest flicker of revulsion and is, in fact, patently unapologetic about hanging out with society’s outcasts. Much to the astonishment of the Pharisees, and no doubt to his disciples, Jesus reinforces his regard for the outcasts by telling a story of a shepherd’s relentless pursuit of that one lost sheep and his unconcealed joy at finding it. And there is dancing in the streets of heaven over just one repentant sinner Jesus restores to the fold.

So here’s the kicker both for the Pharisees and for us. Jesus isn’t merely explaining himself to his critics. He’s raising the bar for how his followers are to live. When God created male and female in his image and likeness, he wasn’t merely establishing our superiority to plants and animals. He was also defining our exalted mission as human beings, namely, to represent God in this world. To speak and act for him.

The only way we know how this is to be done is by making Jesus—God’s perfect image bearer—our study and then by practicing what he preaches. For God’s image bearers, both male and female, Jesus is our role model. In his habit of dining with the outcasts of society and his story of a determined shepherd in pursuit of his lost sheep, Jesus is modeling what it means to live according to the image of God. If that doesn’t get through to us, then at the very least, when we pray “your will be done on earth as it is in heaven,” we should ponder heaven’s thunderous endorsement of Jesus’ value system and actions and begin imitating what heaven joyously approves.

The question N.T. Wright raises about this parable reveals the fact that there is kingdom potency in how closely our relationships with others resemble the pattern Jesus established. “What would we have to do, in the visible public world, if we were to make people ask the questions today to which [this story is] the answer?”

Lent is for me, a sober reminder of the disturbing gap between who I am now and who God created me to be. We may feel better about ourselves in comparison to others. But honest comparisons with Jesus—who calls for a radically different gospel way of thinking and living—will bring us to our knees in broken heartfelt repentance. And when that happens, the celebrating begins in heaven.

* * * * * * *
This post is part of the Lenten Blog Tour, in which 41 bloggers offer reflections on Lent using the new Common English Bible. Check in each day from Ash Wednesday to Easter Monday for more.

Read more about image bearer living in Half the Church. There’s more to this than we realize!

2 Responses to The Shepherd’s Heart