Posted on September 11, 2011 by carolyncustisjames 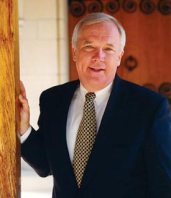 “On 9/11 I thought, For the most powerful, militarized nation in the world also to think of itself as an innocent victim is deadly. It was a rare prophetic moment for me, considering Presidents Bush and Obama have spent billions asking the military to rectify the crime of a small band of lawless individuals, destroying a couple of nations who had little to do with it, in the costliest, longest series of wars in the history of the United States.
The silence of most Christians and the giddy enthusiasm of a few, as well as the ubiquity of flags and patriotic extravaganzas in allegedly evangelical churches, says to me that American Christians may look back upon our response to 9/11 as our greatest Christological defeat. It was shattering to admit that we had lost the theological means to distinguish between the United States and the kingdom of God. The criminals who perpetrated 9/11 and the flag-waving boosters of our almost exclusively martial response were of one mind: that the nonviolent way of Jesus is stupid. All of us preachers share the shame; when our people felt very vulnerable, they reached for the flag, not the Cross.
September 11 has changed me. I’m going to preach as never before about Christ crucified as the answer to the question of what’s wrong with the world. I have also resolved to relentlessly reiterate from the pulpit that the worst day in history was not a Tuesday in New York, but a Friday in Jerusalem when a consortium of clergy and politicians colluded to run the world on our own terms by crucifying God’s own Son.”
—Will Willimon, Christianity Today forum,
How Evangelical Leaders Have Changed Since 9/11