Posted on May 30, 2013 by carolyncustisjames 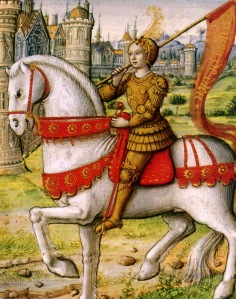 As a child, I always felt my birthday was extra special because May 30th was Memorial Day. My father used to tell me all America celebrated the day of my birth and that was why everyone was flying the American flag.

That made me stand a little taller.

All that changed one dark day in 1968 when Congress acted to move Memorial Day to the last Monday in May. From then on, only on that rare occasion when May 30th falls on a Monday do American flags wave around the country on my birthday.

I haven’t been a fan of Congress ever since.

That loss was completely overcome when my niece Lara Custis (now Durrell) made her entrance into the world on my birthday. Lara is an award winning teacher and an amazing ezer who battles for elementary school kids with a specialty in how kids learn. Her gifts have made a huge difference for a lot of kids who often get lost in the school system, and she wins their hearts in the process. Last year she was awarded “Teacher of the Year” at both her school and her district. In August 2012 she became first-ezer to David Durrell, who knows he is blessed to be doing life with her.

“Today is the feast day of St. Joan of Arc (1412-1431), the Maid of Orleans, peasant, visionary, military leader, French folk heroine and martyr. At her trial, when asked if she knew she was in God’s grace, she answered: ‘If I am not, may God put me there; and if I am, may God so keep me.’ She is the patron saint of soldiers and of France.”

Whoa! May 30th is the Feast Day of St. Joan of Arc? That was an unexpected birthday surprise!

Her story is one of the most heroic and tragic of ezer stories. St. Joan of Arc (not to be confused with Noah’s wife) began having visions at the age of 12. In her visions she heard God’s call to lead in battle. At the age of 17, her presence boosted soldier moral as she led the French army in several significant victories during the Hundred Years’ War paving the way for the crowning of Charles VII of France.

Things took a terrible turn when, at 19, she ended up in the hands of the English, who tried her for heresy. The trial is an appalling example of injustice at work. All sorts of legal violations and irregularities took place. Politics were involved that made her little more than a means to greater political ends that targeted Charles VII’s legitimacy as France’s king. Charges against her included witchcraft and (brace yourself for this one) the fact that she wore men’s clothing—first as a disguise in battle, and second to protect herself against rape when she was held in an all-male prison. The court held her in violation of a biblical clothing law.

The tragic downside of St. Joan of Arc’s story is the fact that she was convicted and burned at the stake on May 30, 1431. Twenty-five years later, Pope Callixtus III authorized a review of her case that resulted in an astonishing reversal—she was pronounced both innocent and a martyr.

In 1909, the Catholic Church beatified her and established May 30 as the Feast Day of St. Joan of Arc. In May 1920, Pope Benedict XV canonized her. It is good that justice prevailed and she was finally vindicated. But that is little comfort considering the injustice and horrors she suffered.

There is so much to unpack in her story. I thought about her all day.

The courage of a young teenage ezer following God’s call into the danger zone has plenty of biblical precedent. Esther and Mary of Nazareth come to mind. St. Joan’s story ought to give us pause about ever having low expectations of what God might do through young ezers today. She also raises the bar for those of us who are past those teenage years.

The king and the soldiers she led into battle surely learned to put the words “woman” and “leadership” in the same sentence, no doubt with a significant measure of awe and gratitude. She certainly made a difference for them, and it cost St. Joan her life.

Next to the appalling injustice of St. Joan’s death, the most disturbing aspect of her story is the glimpse it gives of the dark side of church history. (My church historian husband has told me plenty more of these stories.) Her death at the hands of religious leaders is a sober reminder that battles we’re fighting today—against injustice, corruption, abuse of power, and misogyny—are not new and are tragically not confined to the world beyond church walls, as we have fresh reminders.

Perhaps the Feast of Joan of Arc is a fitting annual reminder of the need, as one birthday well wisher said, to “Ezer on!” in the battles before us.

So, for the record, I’ve made my peace with the fact that I can’t count on Old Glory waving on my birthday. Sharing my birthday with Lara trumps any number of waving flags. And frankly I can’t think of a better more appropriate holiday for an ezer’s birthday celebration than on the Feast Day of St. Joan of Arc.

For more about the ezer:  The Return of the Ezer