Posted on August 18, 2013 by carolyncustisjames 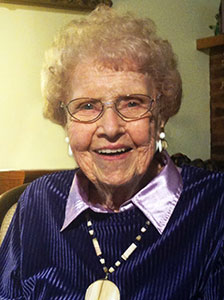 The last time I saw Dr. Pamela Reeve was a month ago when I was in Portland visiting my mother and the two of us paid her a visit. Pam had recently been diagnosed with liver cancer, so I knew it would probably be my last chance to see her.

When we arrived, despite her serious illness, she was just as engaged and engaging as ever. She wanted to hear our news and spoke excitedly about seeing Jesus very soon. From her demeanor you’d think she was sitting on a launch pad instead of propped up in a hospital bed.

It’s fair to say, she’s been looking forward to this part of her journey for several years. I recall the sparkle in her eyes a couple of years back when she said to me, “It won’t be long now!”

If you’ve never heard of Pamela Reeve, you probably aren’t from the Northwest. She’s left her stamp on a lot of women (men too) in leadership from that part of the country, including me. All of us are grieving the loss of a dear friend, mentor, role model, advocate, and prayer warrior.

That’s a lot to lose in one person. Any one of us can echo the words of C.S. Lewis in A Grief Observed:

“Did you ever know, dear, how much you took away with you when you left?”

Pam had an illustrious and long career (which you can read about here)—much longer than average for the simple reason that she never stopped. But more than her significant resume, her friendship, wise counsel, and unflagging support are what I’ll miss most.

She was the first person to encourage me to write. She read and celebrated each book and always wanted to know what was coming next. Trips to Portland to visit family always included a trek over to her house. Two years ago, when I was breaking the gender-barrier as the first female commencement speaker at Multnomah University, I was told that she had fallen and wouldn’t be able to attend. As we were lining up to process, there she was—in full regalia, supported by two of her fellow board members, and beaming from ear to ear. She wasn’t about to sit at home when one of her girls was breaking new ground and could use a little moral support.

During that final priceless visit, the three of us talked about a lot of deep things, and I got my final dose of her wisdom. I didn’t tell her my theory about arriving in heaven to a rowdy 9th inning walk-off-win welcome. I’m guessing she figured that out for herself.

Her memorial service was today, which she attended by way of a video message she recorded for this farewell event. That puts a whole new meaning on what it means to never stop. Even now that she’s gone, she’s still raising the bar for the rest of us.