Lean In: Sit at the Table

Posted on May 8, 2013 by carolyncustisjames 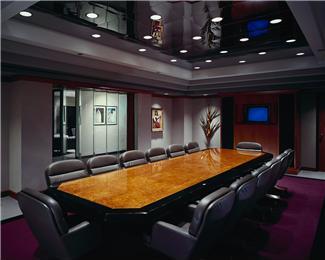 “Taking initiative pays off. It is hard to visualize someone as a leader if she is always waiting to be told what to do.”

Comments during last week’s discussion of Lean In: The Ambition Leadership Gap were, as Pamela pointed out, “poignant…and so nuanced.”

Lori wrote, “Without ambition there is no drive or impetus for change, so I don’t believe it is bad.” To which Amy added,

“I’m all in favor of ambition if it means recognizing and embracing the gifts God has given you and where he has placed you, and reaching forward to do the most you can with that. I don’t see that as a selfish act. It’s a matter of stewardship and whole-life worship if we’re motivated by that and we’re reflecting God’s character in the process.”

I’m eager to hear your comments on this next chapter from Sheryl Sandberg’s book, Lean In: Women, Work, and the Will to Lead. So let’s dive into Chapter 2 on confidence or the lack thereof, reflected by whether or not women “Sit at the Table.”

Sheryl opened this chapter and also her TEDTalk with the story of a meeting she hosted at Facebook for Treasury Secretary Tim Geithner and four members of his staff—all women. As the mostly male attendees took their seats at the table, the four women chose chairs off to the side.  Sheryl’s efforts to get them to move to the table were declined. She writes,

“The four women had every right to be at this meeting, but because of their seating choice, they seemed like spectators rather than participants.” (p.27)

Sandberg banks off of this example to explore a basic lack of confidence found more frequently in women than in men. Self-doubt results in pulling back instead of assuming (both mentally and physically) a rightful place at the table. According to Sandberg, self-doubt can actually become a self-fulfilling prophecy in how it negatively impacts performance and in how women assess and negotiate their financial worth.

“This phenomenon of capable people being plagued by self-doubt has a name—the imposter syndrome. Both men and women are susceptible … but women tend to experience it more intensely and be more limited by it.” (p.29)

She sees a lack of confidence reflected in how men and women talk differently about their successes—men pointing to their “innate qualities and skills,” and women attributing their success “to external factors” such as hard work, luck, and help from others.  (p.29)

But pulling back is not a strategy for success, much less for advancement in the workplace. Taking initiative—”jumping in to do something … your ability to learn quickly and contribute quickly is what matters.” (p35)  She goes so far as to advocate faking it until you get the hang of things.

To underscore her own struggle with self-doubt, Sandberg tells how she reacted with embarrassment instead of gratitude to the news that Forbes ranked her fifth on their 2011 World’s 100 Most Powerful Women list.

” … in order to continue to grow and challenge myself, I have to believe in my own abilities. I still face situations that I fear are beyond my capabilities. I still have days when I feel like a fraud. And I still sometimes find myself spoken over and discounted while men sitting next to me are not. But now I know how to take a deep breath and keep my hand up. I have learned to sit at the table.” (p.38)

Sandberg nails me in this chapter. She took me back to when I was about to graduate from seminary and trying to figure out what was next. I received a phone call (actually several) from the Dean of a small Midwestern Christian college who wanted me to consider becoming their Dean of Women. I was interested. Then he added that they also wanted me to teach some courses in sociology, my college major.

That was the moment I exhibited all of the symptoms of low self-confidence that Sheryl describes in this chapter.  I figured (naively I admit) that I could handle being Dean of Women, although that part of the job would have come with a steep learning curve too. But teach sociology? In a college classroom? With real live students? Just the thought of it caused insecurities to break out all over me.

So instead of jumping at the opportunity that just landed in my lap, I walked away.

Looking back, I confess to feelings of regret. I have to be careful how I say that, because I met Frank at the church where I subsequently served on staff. Having said that I should add that if he’d been around at the time, I never would have gotten away with turning down that job.

Although not every woman suffers from a lack of confidence, there are plenty who do. It’s one thing to identify a problem, but until we zero in on the causes and address them, these problems will persist.

Sandberg identifies the reason I pulled back from a challenging job offer. My training didn’t match up with what the job required—at least I didn’t think it did. And for that reason, I didn’t feel qualified. My lacked of confidence kept me from accepting the challenge and taking a risk.

There are other underlying factors that contribute to a woman’s reluctance to sit confidently at the table. Certainly the fact that girls are often conditioned differently from boys both in the wider culture and also in Christian circles factors in. The false expectation that there will always be a man to protect and provide for a woman isn’t a recipe for building self-confidence, but automatically sets her in a lower gear.

And despite all the progress women have made in the workplace, there is still an unspoken assumption that we are invading male space when we arrive at the table. That can make a woman ill at ease and cause her to hesitate when taking a seat at the table. Sometimes that assumption gets reinforced by the dynamics around that table after she sits down.

Networking is all too often a missing piece for women, where it is second nature for men in business. It was completely absent for me when I was approached for that Dean of Women position. Having someone to talk to who knows the ropes and will back you is unquestionably a significant confidence booster. Just knowing you’re not alone can make a difference in how confidently you move forward. Simply picking up the phone and calling one of my college professors might have helped me over that lack of confidence hump. I didn’t even think of it. The Internet opens new possibilities for how networking can take place. We need to make more of these resources to help each other move forward.

The “fake it ’til you make it” approach may seem iffy to some. And to be sure there are limits to how that works. No one wants to go under the knife with a surgeon who is bluffing. But, on the other hand: do I have to master a subject or skill before I engage?  What makes work both exciting and fulfilling is when we don’t have all the answers and have problems to solve, opportunities to create, new ideas to develop, and the chance to learn and grow and  step into greater responsibility. Sometimes it takes getting in over our heads to tap into the potential that will otherwise lie buried in us.

As I think about this, I’m convinced God never intended for his daughters to do life with their foot on the brake or as passive spectators. The Blessed Alliance means we belong at the table with our brothers and, what is more, they need us to join them there. When we settle for a seat on the sidelines, we abdicate our God-given calling as his image bearers, and everyone loses.

“God means for his image bearers to reach and grow, to aspire and explore, to find out who he created us to be.” He regularly “pushes us out of the box, out of our comfort zone, out of complacency or resignation or defeat, out of contentment with ourselves and with things as they are—to engage and to live vigorously and deliberately for God’s purposes.”

So What’s Your Take?

How would you rank yourself on the confidence scale? What reasons have you observed for why women hold back and which ones have affected you? Do you agree that women struggle with this more than men? Why or why not?

How are you fairing with the challenge to “Sit at the table?”

Lean in with your comments!

Next Wednesday, May 15—Chapter 3: Success and Likeability

22 Responses to Lean In: Sit at the Table