The Power of Listening

Posted on August 6, 2013 by carolyncustisjames 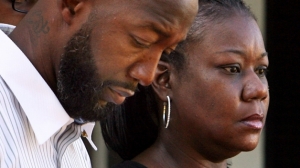 —“Lean In … and Listen”
Over a decade ago, my mother came out from under anesthesia following abdominal surgery complaining, “My foot hurts.”

Given the site of her surgery, her complaints seemed odd, even imaginary. So at first no one listened. She frustrated medical staff efforts to get her up and moving because of the pain she kept insisting was real.

As it turned out, she wasn’t crazy or confused. Her pain was real—worse than anyone imagined.

The surgery had damaged the sciatic nerve—which put her into a long-term (we’re talking years here) nightmare battle with the worst pain I’ve ever seen anyone suffer. That road of suffering completely reformatted my parents’ lives. Effects of that nerve injury are still with her today.

In my recent Huffington Post article, “Lean In … and Listen,” I raised the need for us as Christians to listen—really listen to our Black brothers and sisters who are telling us they are hurting in the wake of the acquittal of George Zimmerman in the death of Trayvon Martin.

In our series on spiritual abuse we found that it is crucial to stop and listen to others who are describing a pain we don’t feel or understand. Listening to the cries of others is the first step in addressing the problem and turning things around. On the flip side, failing to listen to others in distress is its own kind of spiritual abuse. Calls for African-Americans to “just forgive” and “get over it” are simply ways to dismiss real suffering and injustice and only deepens the pain and despair.

The media has pretty much moved on to other stories, but I don’t want to move on. I want to listen. As a woman, I know how awful it is to hurt and not be heard, to speak up about real problems and injustices only to have others dismiss what I’m saying as “much ado about nothing” or as a “thing of the past.”

So I’m not dropping the subject. I’m listening … to Mavis Staples whose soulful voice sings to me me about injustice, longings, and hope. She reminds me of Paul’s appeal for Christians to “weep with those who weep.” I’m listening … to Black leaders who are speaking powerfully and prophetically to all of us.

I hope you’ll take the time to lean in, read their posts, and really hear what they are saying.

Start here with Rev. Dr. Pastor Howard-John Wesley’s sermon, “When the Verdict Hurts,” preached the Sunday after the Zimmerman verdict. My friend, Natasha Robinson (A Sista’s Journey), who is also blogging on the subject, was the source of this link.

If this doesn’t get to you, you may need to check your pulse.

Undercurrents: A Perspective on Why the Trayvon Case Aches

“Korean culture has a name for it … they call it Han.

Han.The overwhelming feeling of helplessness in the face of irreversible cultural sorrow; a cold fist that reaches deep into a people’s collective soul, only to pull away having grasped a fistful of emptiness and despair.”

The Verdict of the George Zimmerman Trial Reminded Me of Something

“… of every time I was followed in a store and wrongly accused of shoplifting…. of the times, growing up in the south, when I was called every derogatory word an African-American man can be called, and then being told to accept it because that is what I am…. of the times I have been stopped by police for “Driving While Black”… that neither Justin Bieber nor Mark Zuckerberg has been classified as a hoodlum when wearing a hoodie…. that Michael Vick got two years in prison for killing a dog and Zimmerman was found “Not Guilty” for killing an African-American young man…. that most of the men in the prison system are African-American.” 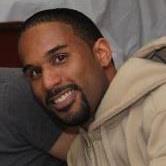 “Explaining Black Pain in Light of the Zimmerman Verdict”

“… what seems obvious to those within the black community, and to many people around the world who have watched this case with curiosity, still remains blurry for many who are a part of the dominant culture and have the privilege of not needing to understand the deep ongoing pains and concerns of the only people group in America to be brought to this land not seeking freedom but rather bound by the dehumanizing chains of American chattel slavery.“

Who are you listening to?  How are these brothers and sisters changing how we perceive and care about their pain and history of injustices?

Please feel free to add other links in your comments.

3 Responses to The Power of Listening