The #MeToo Stories of the Bible We Tend to Ignore

Posted on March 26, 2018 by carolyncustisjames

The NYTimes recently resurfaced the video of pastor Andy Savage’s public apology at Highpoint Church in Memphis for sexually abusing Jules Woodson when he was her youth pastor. In it, he characterized his assault as a “sexual incident.”

The congregation gave him a standing ovation.

This latest version of the video, titled “I was Assaulted; He was Applauded,” included Woodson’s commentary. She was seventeen at the time of the assault.

The #MeToo movement gave Woodson the moral courage to voice her story even though the statute of limitations had expired. Her story is a vivid reminder that sexual abuse is not confined to secular settings. It happens inside the church. Sometimes sexual assault is inflicted by a trusted church leader. All too often other leaders compound the trauma by circling the wagons to cover-up and protect perpetrator and the ministry involved. Victims are often re-abused by being disbelieved, pressured to forgive, forget, and move on, or when leaders a victim turns to for help simply fail to act.

All this without involving law enforcement or professional counselors.

If there was ever any doubt about the church’s complicity in the #MeToo crisis, the damning flood of #ChurchToo tweets that followed on the heels of the #MeToo twitter storm exposed a serious internal church problem we can no longer ignore.

When the Church is Not a Safe Place

For many, former USA gymnast (now attorney) Rachael Denhollander has become the face of both #MeToo and #ChurchToo. Her #MeToo story made national news in the conviction of USA Gymnastics doctor, Larry Nassar. She was the first to accuse him publically and she gave the last impact statement at his trial.

She became embroiled in the #ChurchToo crisis when she challenge prominent evangelical leaders for a sexual abuse cover-up she described as “widely recognized as one of the worst, if not the worst, instances of evangelical cover-up of sexual abuse.”[1] The cover-up of abuse and the mistreatment she received for her advocacy for the victims led her to voice a conclusion many other women and girls in the church share.

“Church is one of the least safe places to acknowledge abuse because the way it is counseled is, more often than not, damaging to the victim. . . . It is with deep regret that I say the church is one of the worst places to go for help. That’s a hard thing to say, because I am a very conservative evangelical, but that is the truth. There are very, very few who have ever found true help in the church.”

#MeToo Stories in the Bible can help

What is tragically ironic about these current reports of sexual abuse within the church is the fact that the Bible is full of #MeToo stories. Not only should we have been the first to name them, we should be at the forefront of the effort to address and prevent sexual violence against women and girls. Yet somehow we’ve managed to sanitize, spin, or skip these biblical #MeToo stories or else we blame the women involved. They haven’t stirred up righteous indignation in us or caused us to wrestle with these texts.

Abraham and Sarah’s desperation for a son is one of the best-known stories in the Bible. Yet do we ever stop to notice the sexual abuse of Hagar? Not only was she a trafficked slave girl, when Sarah and Abraham compelled her to be a surrogate for Sarah to produce the desired male heir with Abraham, she discovered sex was part of the deal.

The dysfunction of Jacob’s family and the warring between his wives and among his sons give us some of the Bible’s most gripping drama. But have we ever wondered how those stories played out for slave girls Bilhah and Zilpah, whose mistresses (Leah and Rachel) offered them up to a willing Jacob. They commandeered these young girls’ bodies (without their permission) in the desperate quest for sons.

We also have the #MeToo stories of Esther, the Tamars, Bathsheba, and plenty of others.[2]

The Healing Power of the Bible’s #MeToo Stories 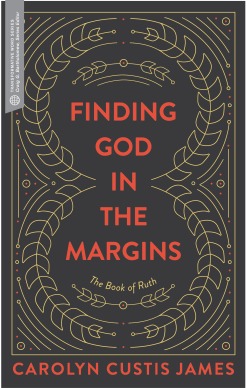 These #MeToo stories give pastors the opportunity to raise awareness of the world’s tragic history of sexual abuse and violence against women and girls. It provides opportunities for pastors to acknowledge the trauma and pain that exists today among their own parishioners and to take intentional steps to make the church a place of safety, help, and healing.

These stories also compel us to get honest about the deeply flawed men in the Bible who we view in heroic terms. #MeToo is all about the abuse of power. The story of David and Bathsheba gives biblical warrant to confront those who violate the powers God entrusts for them to employ for the good and flourishing of others.

The Bible also gives us examples of remarkable men we can admire. One man in the Old Testament resisted the temptation that often leads to #MeToo stories and broke decisively with the fallen patriarchal culture’s elevation of men over women.

Meetings between Ruth and Boaz—in his barley field and at threshing floor—present situations that could have turned out badly for Ruth. The power differential between the two of them was chilling. She is young, female, impoverished, widowed, and an undocumented immigrant who became a common field laborer. She is the epitome of utter vulnerability. He, on the other hand, is male, Jewish in his native land, the descendant of one of Israel’s leading families, and a powerful landowner. He had the power to abuse Ruth get away with it.

Ruth’s decision to glean is a matter of survival. It exposes her to greater risk because it requires venturing out alone in a foreign culture. The risks intensifies at the threshing floor when she approaches Boaz in the dead of night.

But this is where Ruth’s story turns out differently, for she will encounter a man who lives before the face of God. That changes everything.

What happened is instructive for the church.

Instead of exploiting his advantages, in every situation Boaz uses his male power and privilege sacrificially to empower Ruth and insure her initiatives on Naomi’s behalf succeed. In the barley field, he intervenes and tells his male harvesters not to touch her. At the threshing floor, when she approaches him under cover of darkness and no one is looking, he shields her from false accusations and guarantees that her proposal to rescue Naomi’s family will happen.

In the end, a hungry widow is fed, a dying family is preserved for another generation, Ruth flourishes in the full embrace of the community of God’s people, and God advances his purposes for the world through their actions. Let us not forget that the family line they fight to preserve is the royal line of King David and ultimately of Jesus. And we are given a powerful example of gospel masculinity that reflects Jesus and his kingdom—a masculinity that brings blessing instead of trauma and flourishing instead of deep wounds.

It’s the #MeToo story that didn’t happen. And when Christian men, like Boaz, embrace their true calling as God’s sons, the #MeToo and #ChurchToo stories will stop.

This article was also published by ChurchLeaders.com