Returning to the Shack

Posted on March 22, 2017 by carolyncustisjames 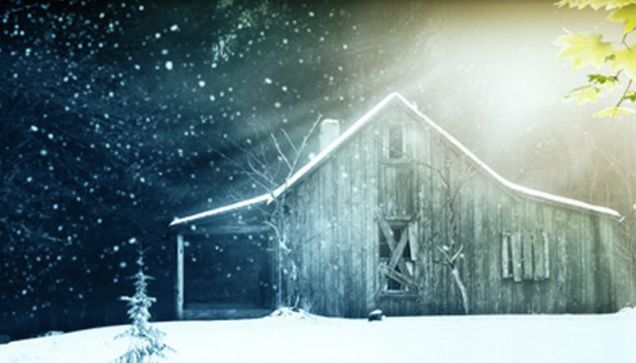 There’s a rickety old shack in the Oscar winning movie, Forest Gump, where Forest’s best friend Jenny grew up. Jenny’s shack is also the place that hides her darkest, most painful memories—early years of sexual abuse.

After they reach adulthood, Forest and Jenny revisit the shack. It is a powerfully wrenching scene when Jenny, enraged by the memories she cannot shake, hurls fistfuls of rocks at the hated shack. Later, Forest finishes the job by flattening it with a bulldozer. But the ill-effects of childhood suffering are able to withstand Forest’s demolitions efforts.

Paul Young’s runaway bestselling novel, The Shack, which has now been made into a movie, takes up a similar theme.

The shack in Young’s tale is the site where Missy, the beloved young daughter of the main character Mack, is brutally murdered by a sexual predator. The impact of her brutal death on Mack is, as you can imagine, utterly devastating. Like Forest’s friend Jenny, Mack lives a tormented life because of what happened to his little girl in the shack. The shack casts a dark and terrible shadow over his life that he can’t escape.

The shack—that dilapidated vacant old eyesore—comes to represent unspeakable loss and an open wound in Mack’s soul. Just like Jenny, Mack returns to the place most abhorrent to him, drawn by a note in his mailbox signed “Papa”—the name his wife Nan uses most often for God. But unlike Jenny’s story, Mack’s story doesn’t include a bulldozer scene. Instead of trying to destroy the shack, Mack enters it alone. He is angry, skeptical, fearful, and filled with revulsion.

Yet it is in returning to the place that pains him most that Mack has a life-altering, redemptive encounter with God.

[bctt tweet=”Returning to the place that pains him most brings a redemptive encounter with God.” username=”missioalliance”]

Young’s novel attracted enormous attention, as has the recently released movie. This, in itself, would be reason enough to discuss The Shack. Young has also drawn fierce criticism from evangelicals for his portrayal of the Trinity and for his theological views which he is audacious enough to put into the mouth of God.

From my vantage point, it seems counterproductive to debate, when Young is serving up to us on a platter an amazing opportunity for deep conversations and real ministry with so many people. We may not like every detail of the book or agree with every theological statement it contains. (And in all fairness, Young’s critics should also inspect C.S. Lewis and Tolkien, not to mention their own views, under the same theological microscope.)

Young is doing here what most people do every day. He’s asking the tough theological questions that hound every wounded soul. (If you’re not in that demographic, sooner or later you will be, so this is for you too.)

Why do bad things happen—not just in the abstract, but to me? Does God really care about me? Why is my life such a mess, if God is truly good?

And here’s one to ponder: How do we present God as Father to this father-starved generation and call them to draw near to Him, when the mention of “father” conjures up images that are uncaring, distant, and (in more cases than we’d like to admit) abusive? Young tackles that question head on by starting in the kitchen with “Papa” represented as a warm, embracing African-American woman and leading Mack from there to know “Papa” as Father who will shepherd him gently through the hardest stretches of his journey.

I suspect one explanation for the skyrocketing sales of this book is that there are a lot of hurting people in this world who long for an honest discussion of the big questions they are already asking. Young is giving them that discussion.

I read and discussed The Shack when it first came out with six highly respected, theologically minded people. All seven of us are seminary graduates with years of experience in theology, biblical studies, and pastoral concerns. You may be surprised to learn that our discussion touched only briefly on the theological controversy and then went in another direction. Yes, we are all seminary graduates capable of wading into the controversy. But we have another thing in common which changed our reading of Young’s book.

We all have shacks.

Meeting God In Our Shacks

If you’re hurting—if there’s a painful, immovable fixture on the landscape of your life—this book will touch you in your deepest place. It did that for all of us. Frank and I felt a deep connection between Mack’s struggles and the shack because we were dealing with the aftermath of his brother Kelly’s death in the snow cave on Mount Hood.

The Shack is about revisiting the hard places—the shacks—of our lives and wrestling honestly with God there (instead of avoiding, ignoring, or trying to bulldoze it). Somehow God meets us in our shacks. This is the consistent story of God’s people all through the Bible: Job, Abraham and Sarah, Naomi, Hannah, David, and Jeremiah, to name a few.

The Shack is about being reassured of God’s relentless love for you in the presence of your greatest reason to doubt Him. How ironic for Mack to come to grips with God’s love at the murder scene of his daughter where God’s love seemed so wholly absent.

The Shack is about the importance of the hard places in our lives. In our victorious, prosperity-obsessed, air-brushed Christianity, we completely miss this. There’s a lot of truth to the charge coming from people who are leaving the church that we are not honest about the shape of our lives and the state of our faith. In the church, shacks are secrets unless something unforeseen blows your cover. Shacks are regarded as shameful. And the doubts they produce are considered to be signs of spiritual failure, not the path to growth.

I don’t necessarily advocate full public disclosure of our deeply private struggles, but there surely is a place for us to acknowledge to one another that we all have spiritual struggles, we all wrestle with doubts about God, and we all have our shacks.

Biblical sufferers offer us that kind of honesty, and we should be grateful that Paul Young has been that honest too.

This updated post was first published at www.MissioAlliance.org on March 20, 2017.

An earlier pre-movie version first appeared at www.carolyncustisjames.com in September 2008.

1 Response to Returning to the Shack